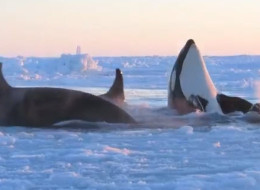 To Orca Relief Supporters: We are faced with potentially huge buildups of coal and oil transport infrastructure. If built, these facilities could mean thousands of additional large ship trips per year through endangered Southern Resident Orca critical habitat, adding significant noise and disturbance on top of what they already experience, along with the real potential for a spill, and reductions in air quality. Joel Connelly of Seattle PI provides an excellent overview of what Puget Sound faces. Margot Venton and Morgan Blakley from EarthJustice BC describe the direct affects on Orca in HuffPost British Columbia.