The National Marine Fisheries Service (NMFS) announced on January 13th, 2017, that it will consider a whale protection zone that will reduce noise and vessel disturbance of endangered southern resident killer whales. This population of killer whales has declined severely with only 78 whales remaining. The scientific petition seeks to protect core foraging habitat for the killer whales by reducing vessel disturbance. The key threats to killer whales include prey limitation, noise and pollution.

The Proposed Rule has been published in the Federal Register and opened for public comment during a 90-day period through the Administrative Procedure Act process. 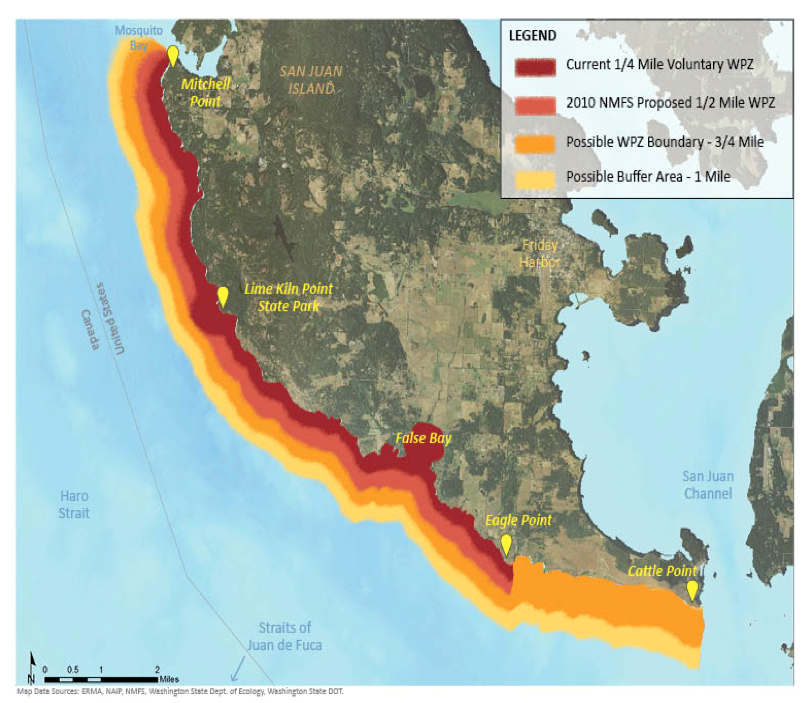 The whales are dying. Since 2005, we have lost about 12% of the endangered Puget Sound/ Salish Sea Orca population. The 78 whales of J, K, and L pods are the smallest population since 1985 (NMFS data). To prevent further harm and to begin the recovery of this endangered species, Orca Relief calls on NMFS to rapidly begin the regulatory process needed to establish a Whale Protection Zone on the West Side of San Juan Island, Washington. Help us build a Coalition that will work with NMFS and other interested parties to determine the best approach to design, management, and enforcement of the Orca Whale Protection Zone.